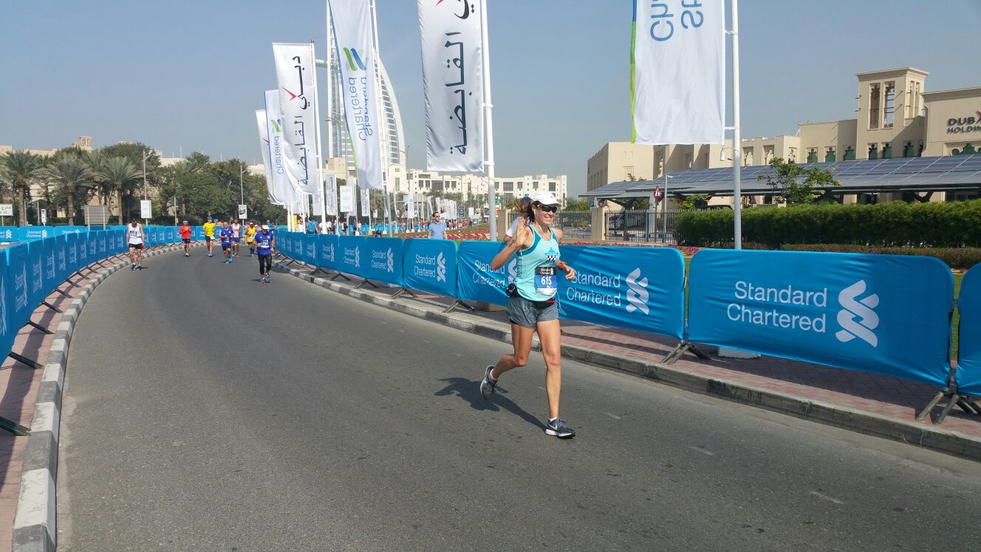 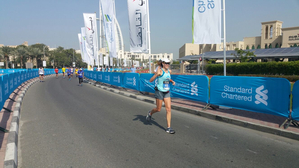 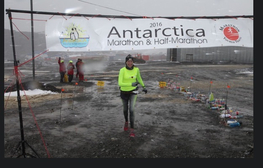 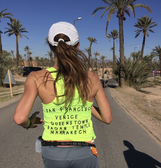 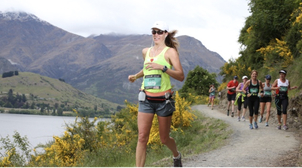 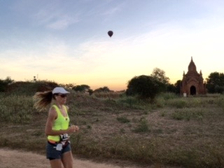 What made you start running?
I have loved running since I was a child. When I was in grammar school, my grandfather used to take me to the track after evening band practice so I could run a few laps and work on my pacing for the annual track meet.

When and why did you decide you were going to run a half-marathon or marathon on all seven continents?
It was probably after my seventh or eighth marathon that I began to think about running on each continent.  That is when I discovered the Seven Continents Club. I could not believe there was a group of people like me who thought it was a cool objective to run on all seven continents. Slowly, I started planning and decided I could make my objective even more interesting: run all seven in one year! The year of my 45th birthday, I lost my Mom to cancer but decided to continue with my goal.  She had a love of travel and would have joined me on some races.  In my heart, I dedicated each race to her. I completed all seven continents in nine months and 20 days.

How do you stay motivated through all those miles?
The first miles are easy.  There is so much excitement at the beginning of the race, you can feel all of the positive energy. It usually takes me a few miles to “settle” in, and once I am in my zone, it is pure enjoyment. I love watching the scenery, or all the people cheering. That is dedication in my mind: standing on the side of a road and clapping hours on end for total strangers. At some point, my mind wanders to all of the other marathoners: what makes each one run? Who is running their first race? Who is on their 100th? Then it never fails, I see a woman or man in their 70’s just cruising along and I think, “Yes, I want to be like you when I’m older!” The fact that I am physically able to run makes me so thankful, and that is motivation enough!

What is your favorite race and why?
Two of the most memorable races for me were San Francisco and Antarctica.  The San Francisco Marathon was the first of my seven continents adventure and I was running in my mother’s hometown. Running across the Golden Gate Bridge, up and down the streets with cable cars, through China Town, and past Pier 39 made me constantly think of my Mom. It was the hardest, yet most satisfying marathon I’ve ever run.

Antarctica is because being on the Icy Continent with penguins cheering you on is such an awesome experience. The year I ran, it was really challenging.  The day started out with fresh snow on the ground and more falling from the sky, which quickly turned to sleet. The sun may have come out for a few minutes, but then 80 mph winds picked up and sleet or rain started pounding down. I kept myself motivated by thinking of Amundsen and Shackleton. They did the hard work of exploring so 100 years afterwards, I could run a marathon!

What race did you learn the most about yourself?
Probably the first marathon, in Treviso, Italy. After all those months of preparation where every Sunday was dedicated to a long run and most Saturday nights I was in bed early, not to mention all those runs in the rain.  It was such a thrill to finally be running my first marathon. I felt strong. I realized if I set a goal for myself and really worked hard, I could accomplish it.  In addition, I ran negative splits, so that made me think about where to run my second marathon.

What is your favorite part about running and traveling?
I am such a curious person.  I like to learn about new places and cultures.  I love meeting new people. I have met so many runners over the years and I feel as though there is a kind of camaraderie between runners that gives you an instant connection.

It doesn’t have to be a race, but what is your favorite place/city to run?
My favorite place to run are the country roads outside my home in Northern Italy. The views of the mountains are inspiring! My favorite city to run in is my hometown, Chicago. Nothing beats a run along the lakefront!

What word would your friends use to describe you?
Free-spirited, although I am not sure why!

What words of advice would you give to someone who is training for their first marathon or half-marathon?
Train properly and enjoy it! There is nothing like it. I completed one 20 mile training run before my first marathon, and during the race I was so excited when my watch read 21 miles, 22 miles, etc. Each mile made me feel stronger.  It was such an empowering feeling!