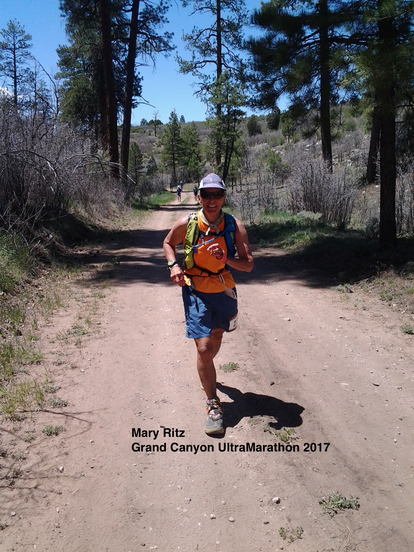 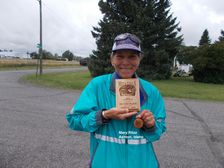 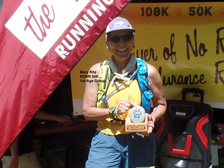 I’m not sure when I started running – it’s just something I’ve always done.  I didn’t really like running when I was younger because in gym class we had to run laps and this was so boring.  Growing up in the avocado and orange groves of southern California there were lots of hills and no sidewalks.  If you wanted to get somewhere you had to go by foot and if you wanted to get there fast you ran!

I was reading the latest issue of Runner’s World and there was an article about the first marathon in Antarctica – somewhere I always wanted to go.  I was able to get into the second running of the Antarctica Marathon and it was on that trip that the idea of the Seven Continents Club was born. This is when I decided I would run on all seven continents!

I don’t know why but I find it fun.  The fun keeps me going. I also like the challenge of seeing how much I can do, how much further I can go, what’s over the next ridge…

To date I’ve done 297 marathons or ultras.  My goal is to have #307 be in Wyoming because 307 is Wyoming’s area code (and also where I live).  I’ve run all the continents three times, completed all 50 states and the Arctic Grand Slam.  I was the first woman to do a marathon at the geographic North Pole and I just missed (by weeks) of being the first woman to run all seven continents.

It’s really hard to pick a favorite because they are all fun, but if I had to pick it would be the Everest Marathon.  I’ve always liked climbing and adventure.  I found this Himalayan 100 mile stage race to run so that was my chance to see Everest. It took three weeks to trek through the Himalayan foothills to get acclimated and to get to the start.  When I finally got to the start, which was at almost 18,000 feet….there was Everest!

What race did you learn the most about yourself?
Bear 100 in Preston, Idaho – my first 100 mile race.  I’m a slow runner and incorporate a lot of power/speed walking in my races.  I can keep going forever but time cut offs can be a problem for me.  This race was in Caribou National Forest with trail and elevation as well as forest roads.  There was a 34 hour cut off.  I wasn’t sure if I could make the cut off and this was my first attempt at a 100 miler but I was determined.   I took off in the early morning with the other runners hoping to be back a day and a half later.  Mountains and trails are my favorite so the course was fun and beautiful.  Running all night was very cool.  It was a full moon that night so when you weren’t in the trees you had a great view.  I could hear deer and elk moving through the forest as I ran.  It was just like being part of the forest, I was in my element.  The next morning I was still going but it seemed like I was close against the time limit.  The next seven miles had a slight downhill so I was able to get some help there but the last three miles were flat.  Finally up ahead I saw the finish line.  I did it with 13 minutes to spare. I was the last official finisher!

I love seeing all the places I’ve read about.  There are so many neat destinations and I want to see them all.  What better way than by running.  (I also like all the t-shirts.)  Even though I’ve been so fortunate to have traveled to so many places it really makes me appreciate the best place on earth…Cody, Wyoming…my home.

I’m an outdoor person so anywhere far away from city life.

You can do more than you think you can so just go out and do it; and most importantly have FUN.