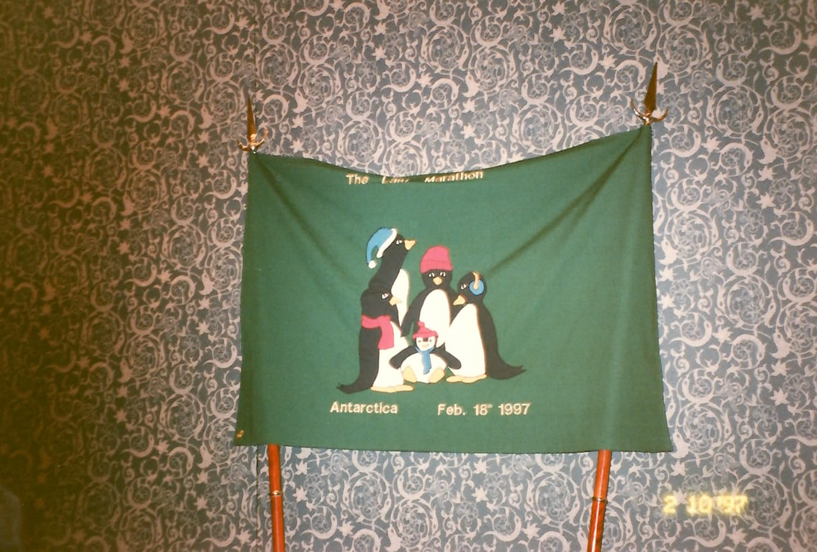 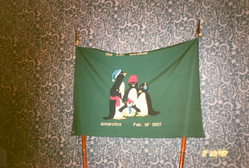 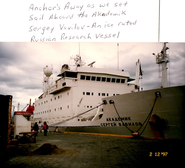 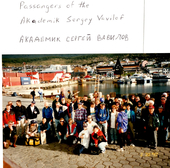 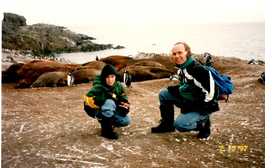 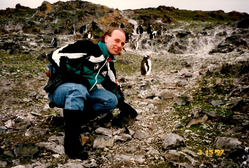 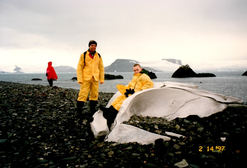 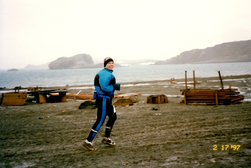 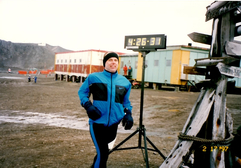 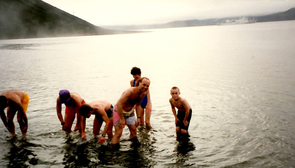 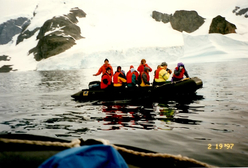 When did you start running marathons?
My first Marathon was in 1989. I had never run that long before. I was running at a health club with two brothers that I knew from the club. Over the radio they were talking about a marathon and I made the comment that anyone who ran a marathon must be nuts. They convinced me that if I could run an hour as easily as I could, that I could run a marathon. They told me about the Milwaukee Lakefront Marathon coming up in just 6 weeks. I signed up with the expectation that I would run just to see how far I could go. I had no expectations of finishing. I increased my mileage up to a 15 mile run in the next 8 weeks. I ran the marathon and finished in what I felt was a very good time compared to others - 3:48. I was so sore, could barely move my legs. Two days later, I recovered and was hooked.  I signed up for the next years Lakefront Marathon and have run every Lakefront Marathon since.

When and why did you decide to run a marathon or marathon on all seven continents?
I didn’t know anything about the Seven Continents Club when I went on my first Antarctica Marathon. I met a few runners that were talking about running on all seven continents. I very much enjoyed this trip, learned more about other trips from Thom Gilligan. I realized I already had the hardest continent completed and decided to go for it. Many of the runners I met on this trip, I also saw on future trips the following year. We talked and decided to run our seventh continent on January 1, 2000 running the Millennium Marathon in Hamilton, New Zealand.

Why did you want to run in Antarctica not once, but three times?
In 1995, I was reading Runners World and ran across an article about the first Antarctica Marathons put on by Marathon Tours. I was intrigued by the article. The next Antarctica Marathon was planned for February 1997.  At the time, I had run 8 or 9 marathons.  At supper that night, I discussed it with my son Tom, age 11. I asked him if he would be interested going on a vacation to Antarctica since it would be a great adventure to share, plus also very educational.  Traveling to Buenos Aires, learning about their government, learning about Tierra del Fuego, crossing the Drake Passage, sailing through the Beagle Channel, sailing the Straights of Magellan, learning about the different species of penguins, seals, whales, and birds, etc. When Tom would study these things in school, he would have a strong visual picture in his head for having been there. I looked into Marathon Tours, read the itinerary for the second Antarctica Marathon and sent in our deposit.

What is your favorite thing about the Antarctica Marathon experience? The whole experience of this trip as I stated above.  I love the camaraderie and spirit of the small community that we become as we sail across the Drake Passage twice. You meet a diverse group of people that all share one common interest, running marathons. For 10 days we become our own small community. The daily excursions are all very exciting, and I have learned something new on each trip. I have made new friends on each trip, several of them have become lasting friendships. I also have met runners from my own hometown that I didn’t know previously.

There is one area of interest to me that has come out of these three trips. Each time I come to Antarctica, I can see changes. The biggest are the quickly receding Collins Glacier and the smaller size of the Penguin population in just 8 years each time. These are the affects for Global Warming. It emphasizes the importance of efforts to combat Global Warming. The longer we drag our feet debating the issue the more trouble we will bring on ourselves.

What is your plan for the Virtual Antarctica Ultimate Challenge?
I plan on running the Half Marathon early in the week and the Marathon toward the end of the week. I haven’t picked out definite routes as of yet. I have several options that run close to Lake Michigan. As for the Polar Plunge, I will listen to the guidance of Shore line warning on the days we run. If permissible, we (my wife Mary and I) may take a quick dip in the Lake. This will be followed by a relaxing sit in our Hot Tub. The hot tub will be reminiscent of my first Polar Plunge with Tom in 1997. Shortly off shore at Pendulum Cove on Deception Island, we encountered a small area of hot spring. The water from the small vent was very hot but only five feet away from it the water temperature was very cold. Everyone tried to get as close as they could to the warm water. One of the 1997 pictures I included shows six of us huddled around the small vent.

How many marathons and/or half-marathons have you run?
I have run just over 70 marathons now. I recently retired after working 40 years in pharmacy. In
2020 I was scheduled to run 7 more but only had a chance to complete one in early February. Most of these they have rolled over to 2021 now all six are scheduled for this fall. I had planned them to be spaced out. Will see what the Pandemic brings this fall. I had trained a lot last year putting on over 4000 miles and not running. I ran the Lake Front Marathon course in October as a Virtual Marathon and ran it in 4:21. My training has backed off a great deal over the winter. Too much ice, snow, and sub zero temperatures have kept me indoors. I am not trained as I was last summer for the Virtual Antarctica Marathon. I plan on running slow to get the distance in.

I have run many half marathons (haven’t kept count) and have run 5 ultra marathon races, the longest being 50 miles.

What is your favorite race and why?
I have been asked that many times and my response is I have three favorite races for different reasons. I always list them like this:
*Antarctica, because of the trip and the pristine conditions, excitement, toughness of the course.
*Great Wall, because of running on the wall, the challenge of the continuous stairs of varying depth and height, and the scenery from on the wall.
*Mount Kilimanjaro, because my son and I climbed to the top together for 5 days before the marathon and I was the Second Overall Male Finisher in the 1998 Marathon. And to add to the excitement of finishing second was the Second Overall Female Finisher  was Rita Clark from Green Bay Wisconsin and who was on the other ship (Ioffe) in 1997 in Antarctica. Wisconsin was well represented.

What race did you learn the most about yourself?
I learned the most from my first marathon. I learned that through determination and diligence I could do almost anything. A marathon is not like running a sprint or even a 5K.  It takes a continuous, persistent effort, always looking and moving forward toward the goal. The body and mind can withstand many stresses but you can work through them. I have applied this to life in general and it has led me to a successful and happy life.

What word would your friends use to describe you?
Persistent – I keep showing up. I like streaks, like running the Lakefront Marathon every year since 1989, or participating in the American Pharmaceutical Association Annual Meeting every year since 1979. My current running streak is 441 consecutive days. (During the pandemic that is one thing I can do with a mask).