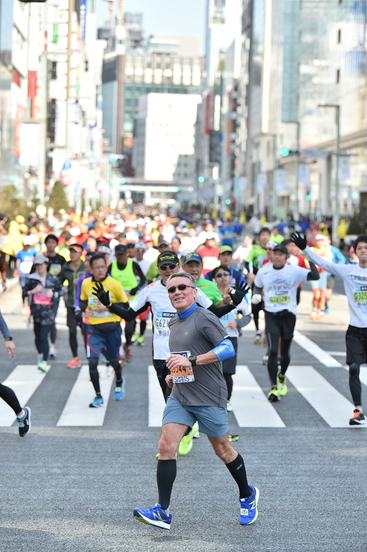 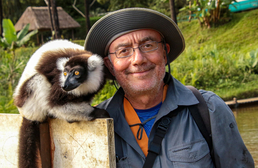 We started running quite late after a long and busy life in academic medicine, always on call, most of our time spent in hospitals, clinics or teaching.  I was 51 and Emre was 52 when we ran our first marathon in San Diego in May 2015.  We were inspired by Haruki Murakami’s (one of our favorite contemporary writers) “What I Talk About When I Talk About Running” and Bernd Heinrich’s “Why We Run”.

After San Diego we decided to run in our hometown Chicago in October 2015, which was the first of Six Majors. By then running has become a habit, sort of our daily meditation and Emre was thinking about running all Six Majors. While looking into how to register for Berlin Marathon we found out about Marathon Tours & Travel and the Seven Continents Club.  Between October 2015 and June 2018, we completed the seven continents.  We completed our six majors in NYC earlier this month (November 2019).

Since we love running so much, it has become our daily routine, a meditation at the end of a busy day it is very easy to stay motivated. We look forward to our daily runs and to our next marathon.
We try to run every day unless we are flying or have some injury.

I dedicate my marathons to my cats, imagine one is waiting for me at the finish line.  Gustav passed away in 2016, Leyla in 2017. Now we have MItsou, who is three years old.

Antarctica.  We went to Antarctica three times, including peninsula, Falklands, South Georgia, Union Glacier , Emperor Penguin Camp and South Pole before our fourth trip in November 2017 to run the marathon on Union Glacier. We fell in love with this most fascinating place on earth the first time.
Running a marathon there was such a sublime, heavenly experience.

We usually don’t run a second marathon in a city except for Istanbul and Chicago, our two hometowns.
But we would love to run as many marathons as we can in Antarctica and visit this pristine continent and emperor penguins at least a few more times.

Madagascar is the second favorite: a unique island due its isolation for more than 85 million years.
It is impossible to forget the lemurs!

For me (Azade) Boston 2017: I had the flu during the marathon; the weather was the worst in 20 years: cold, windy and pouring rain from start to finish and I ended up having a femur stress fracture.
But no matter what, I finished it and it is one of the marathons that I am most proud of.

For both of us Madagascar was the most difficult run due to terrain and the weather.  Long distance running is both a physical and mental activity.

“Pain is inevitable, but suffering is optional.”

Running is one the best thing we have done together. It became part of our daily routine. It made us better people and we are truly happy even when not running! Just start running, one step at a time and next thing, you’re running marathons!