RUNNING ADVENTURES TO ALL SEVEN CONTINENTS
Become A Member

Seven Continents Club ™ (SCC) was founded in 1995 when our inaugural Antarctica Marathon and Half-Marathon made it possible for runners to conquer a marathon or half-marathon on seven continents. With over 7200 members, the SCC continues to service clients interested in pursuing their seven continents goal.  In addition, the SCC serves as a VIP global frequent traveler club for runners that have a passion for traveling and running in amazing destinations around the world.

Thanks to the continued growth in SCC membership and appreciation for the program we have made enhancements to the SCC Program.  Each member is now placed in the Bronze, Silver, or Gold based on the number of trips taken with Marathon Tours & Travel.  Your level is denoted by the color next to your profile in the All Member listing. 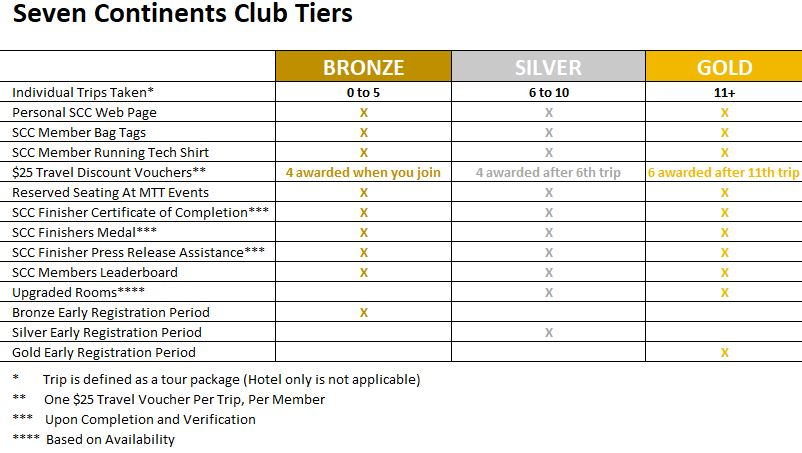 HOW TO BECOME A MEMBER

It is very simple to become a Seven Continents Club Member!  We welcome those that are interested in running on all seven continents as well as those who prefer the VIP benefits of being a member. The one-time membership fee is $200 and will get you access to all the great benefits of being a member. To join, please complete the "Membership Application Form". Once completed, Stephanie will confirm with you at her earliest convenience.  Please note that the SCC Membership Fee is non-refundable.

This is a general overview of the seven continents. For a complete breakdown and independent site to avoid any controversy, please go to www.worldatlas.com . Events must meet the standards listed above.

South America -    All countries south of Panama including territories with recognized claims by these countries such as Easter Island and the Galapagos.

Africa -    All countries on the land mass called Africa and the islands including Madagascar, Cape Verde, Mauritius, Seychelles and others.

Antarctica -    The land mass and ice shelves called Antarctica including adjacent islands such as the South Shetland Islands. All icebergs south of 62 degrees latitude would be included. 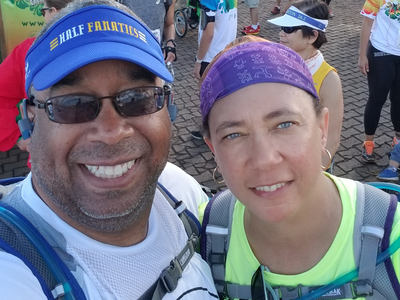 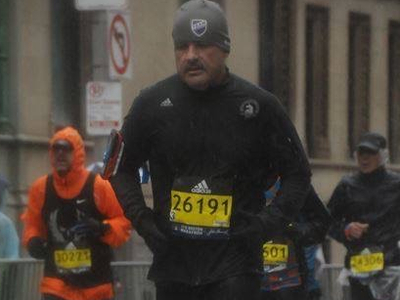 View All
Run for Your Life

Despite the name, traveling with Marathon Tours goes far beyond running a marathon or a half, 10K or 5K, which are distances often included for spouses, children and fellow travelers who may not be able to complete a “full”, but want to participate. In fact, other than race day, these trips are very well-organized vacations to explore local habitats, wildlife, culture, cuisine and as such, provide access to amazing experiences that can even make the marathon seem like an accessory to the adventure itself.

Seven Continents Club (SCC) Member and Six Star Finisher hopeful, Claudine Nicholas has already completed 75 half marathons, 14 full marathons and has collected more than 180 running medals and awards over the last ten years. "The moment I learned about Marathon Tours & Travel (MTT), I signed up to become an SCC member. I’m on the list for Antarctica, and my goal is to run both half-marathons and marathons on all seven continents. With MTT, my goal is easier to obtain, plus I have the pleasure to meet other like-minded runners from around the world. MTT is my dream team behind the scenes helping make my dreams come true!"