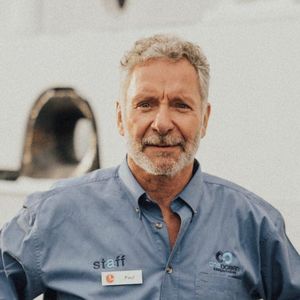 Paul is an avid athlete and former lronman competitor. He is a seasoned veteran of the Antarctica Marathon and of traveling around the Antarctica Peninsula. When he is not traveling, he builds homes on the west coast of Vancouver Island in British Columbia, his home for 30 years. An accomplished marathoner with a 3:04 PB, his real passion in sport has been competing in lronman Triathlon events around North America. He has completed 10 events and twice competed in the lronman World Championship in Kona, Hawaii. Paul is a private pilot and enjoys flying in the mountains of British Columbia and exploring the coastal areas in his Cessna 182.

Fantastic job done, in the face of challenging and ever-changing COVID-related circumstances. The Marathon Tours staff were positive, smiling, accessible and maintained a positive attitude throughout.

I had interactions with several memebers of the Marathon Tours host team.....the Doctor was very helpful when I had a few questions. Gillian was very helpful. Jeff was always calm and dealt with all the issues and was an awesome cheerleader every time we came to the end of the loop during the marathon. Paul at the turnaround - he was very encouraging to us!! Everyone was great.

Paul, Alyssa, and Jeff were so much fun! They clearly blend well as a group, work together seamlessly, make sure everything is in place, and work around the clock for us. Loved getting to know them -- thank you!

I've already sung their praises, but Jeff, Paul, and Alyssa were fantastic. The logistics were handled and ran smoothly because of all of the behind the scenes work that these guys did. Excellent excellent job.

This was my second trip with Marathon Tours and once again it didn't disappoint. Everything, start to finish, was well organized and the delivery was exactly as outlined. Great hotels: centrally located for easy expo & race access, and to Berlin sites and attractions. Enjoyed and appreciated the reception and pre-race dinner, bus tour, transportation to & from the 6km breakfast run, etc., etc. It was great to meet Nicole (especially after exchanging emails for so many months/years), along with Alyssa, Jacqui, etc. . Also to connect with fellow Canadians Christine and Paul. I appreciated Jeff's personal participation in all the events and his vision for the future of the company and recognition of the staff who will make it all possible. 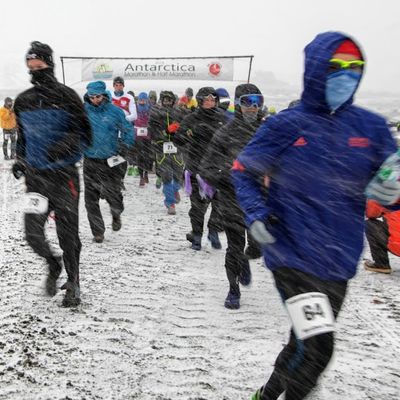 Called by Runner's World as "Running's Greatest Adventure". Marathon Tours & Travel has been offering the Antarctica Marathon®️ & Half-Marathon since its inception in 1995. Sells out three years in advance, book now. Learn more 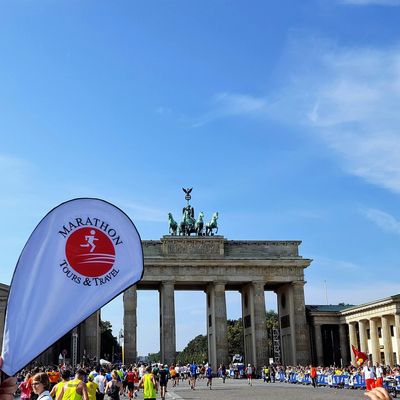 The World record course for Men and one of the best organized marathons. An Abbott World Marathon MajorLearn more