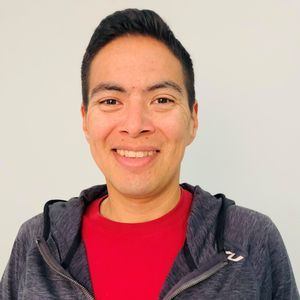 Gil has been playing and competing in sports through most of his childhood. It wasn’t until 2013 that he decided to start running marathons. Armed with a Galloway training program book and a couple of running magazines, he began training for the L.A. marathon. He finished with a time of 4:02. That wasn’t good enough, so he continued to train and eventually whittled that time down to 3:03. This qualified him for the 2015 Boston marathon, where he ran his first sub three hour finish of 2:58. Still very new to the sport, he continued to pursue and challenge the distance with faster finish times.

He went on to complete the remaining Abbott World Majors, earning the six star medal in 2017 through Marathon Tours. He continues to race and is an RRCA certified running coach, helping others to achieve their own goals.

He enjoyed interacting with and appreciated what Marathon Tours had to offer and asked how he could be a part of the team. From there he began assisting the group with upcoming trips for the next waves of runners pursuing their six star and seven continents medals.